This last session was divided in two big parts of 2 hours. After rehearsing the they were divided in different groups. They received a cards  with an image on it (laptop, makey makey, robot or codinc-sticker) and they had to find the students with the same image. The students had the feeling the groups were made arbitrary so everbody was fine with the groups, but they were actually made by the trainers with respect to the woman/man proportion, diversity and their digital skills. 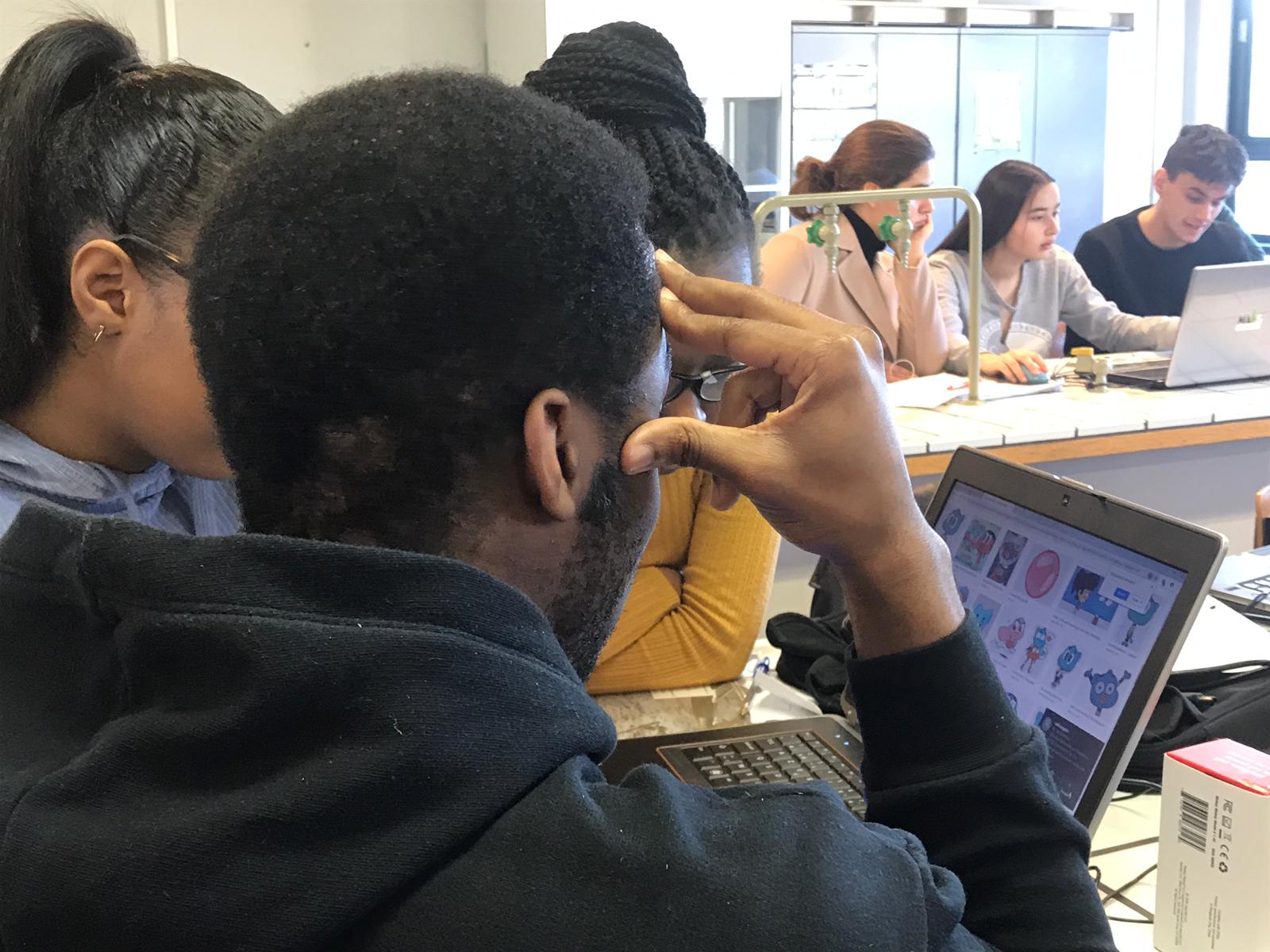 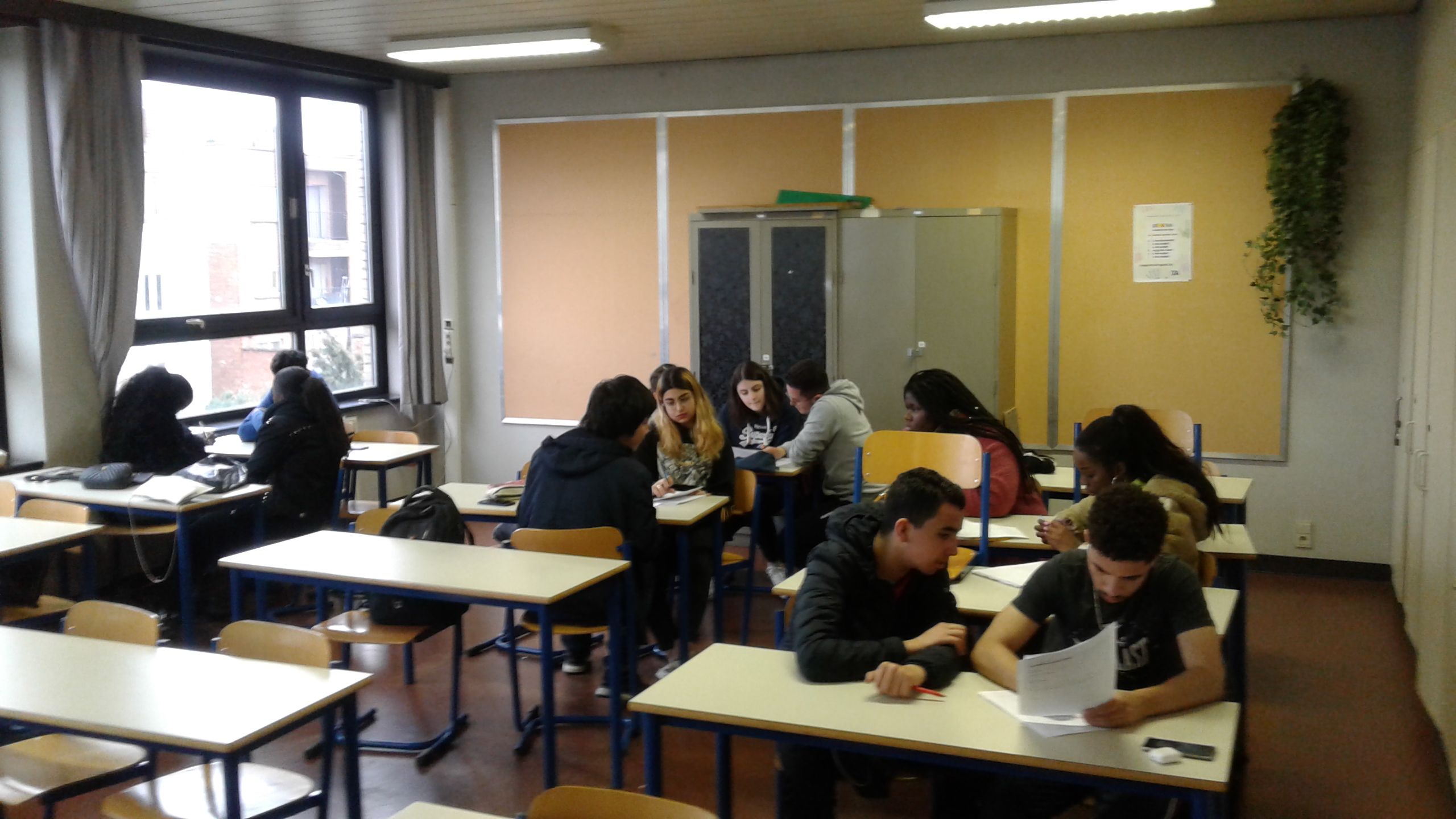 After the division, they brainstormed about the kind of game they would like to make and with wich sprites. They had half an hour to make it with the help of the trainers. For this session there were three trainers instead of two. Some very good games resulted after this part of the session. They had to use makey makey  for their game but each on a different a manner. One group did it with aluminium, one with cups of water, one with bananas, another group made a hand clap game and a group made it with plasticin. 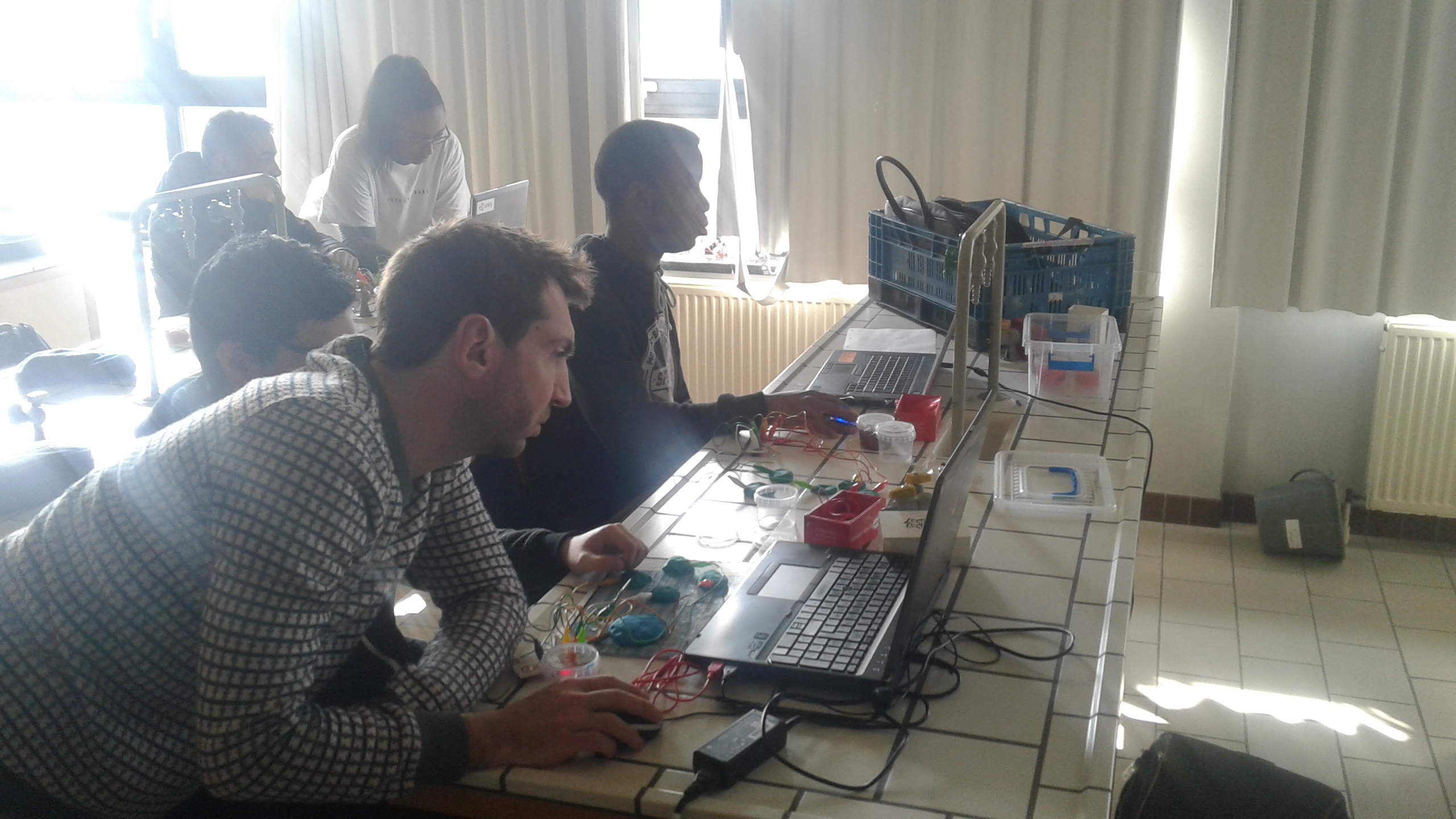 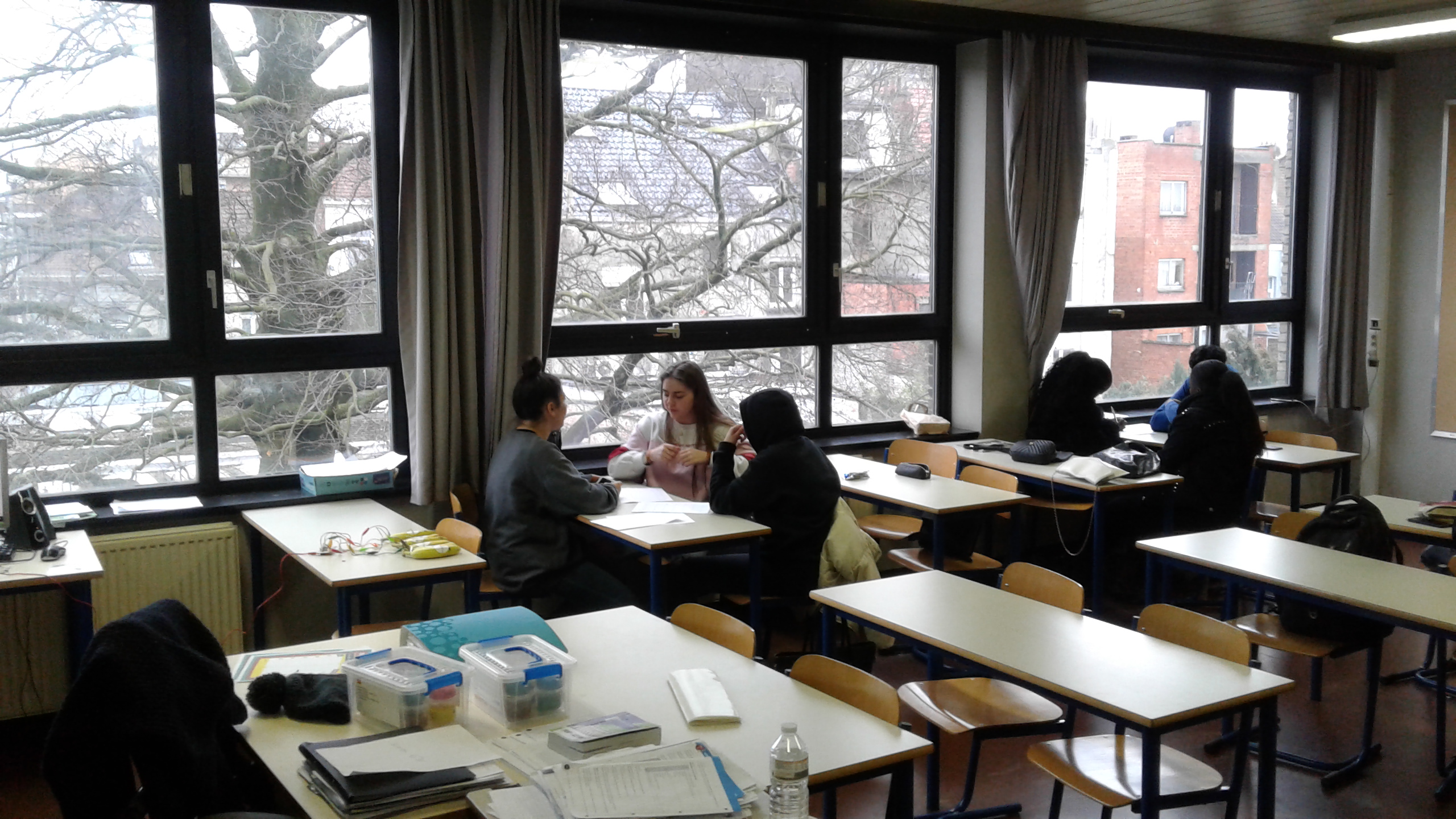 During the break they could try each others game. They learned a lot about coding this session. Codinc is fun !!!! 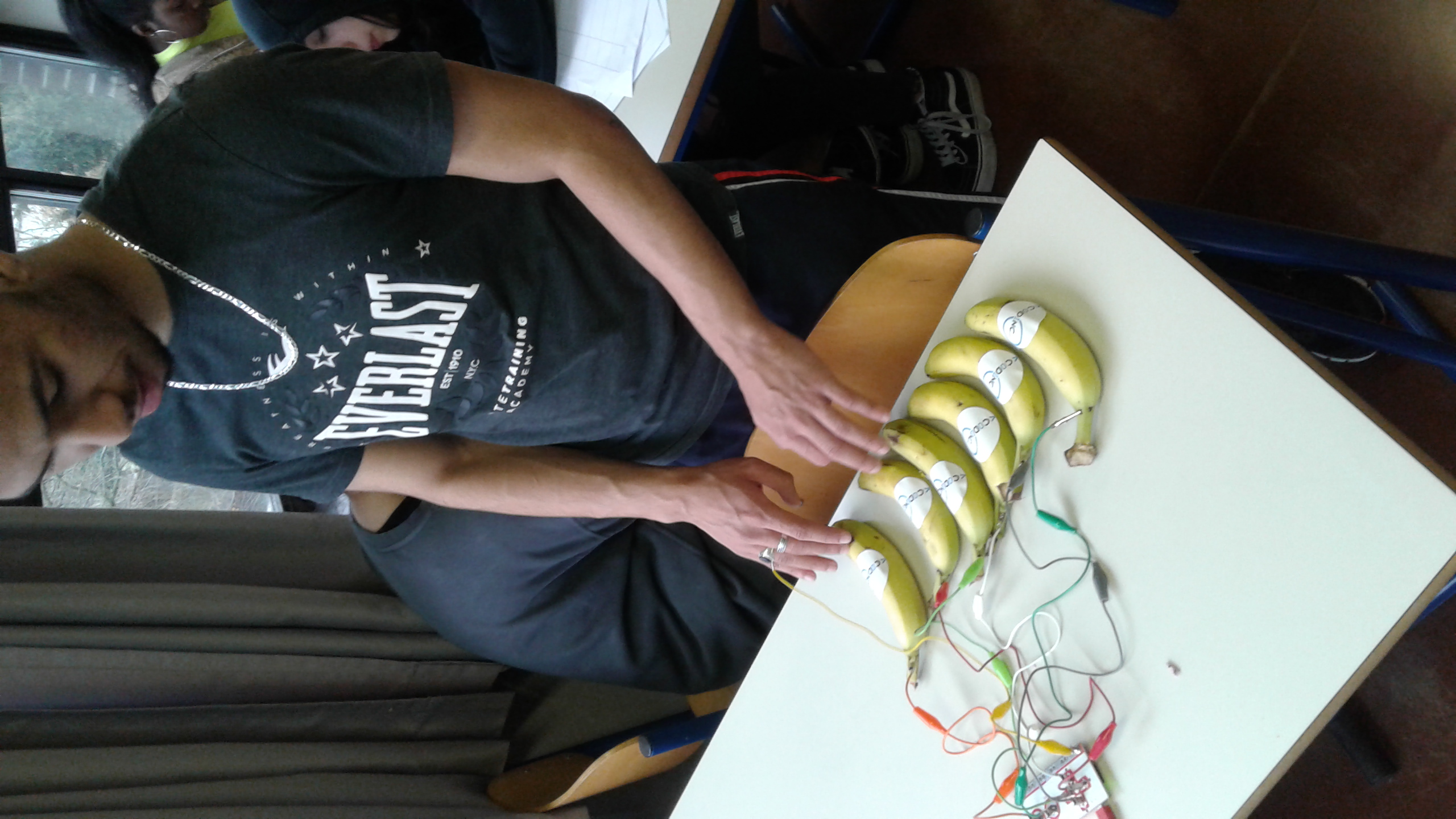 In the second part of the session they prepared everything very precise for the different sessions they had to give on the primary school. They did this quite punctual, because they knew they had to present this in an extra hour to the teacher. Everybody was ready to start the project in the primary school, Exciting !!! But firstly the students deserved their holiday.  As a trainer, i had a lovely time with these two groups. An amazing experience!! 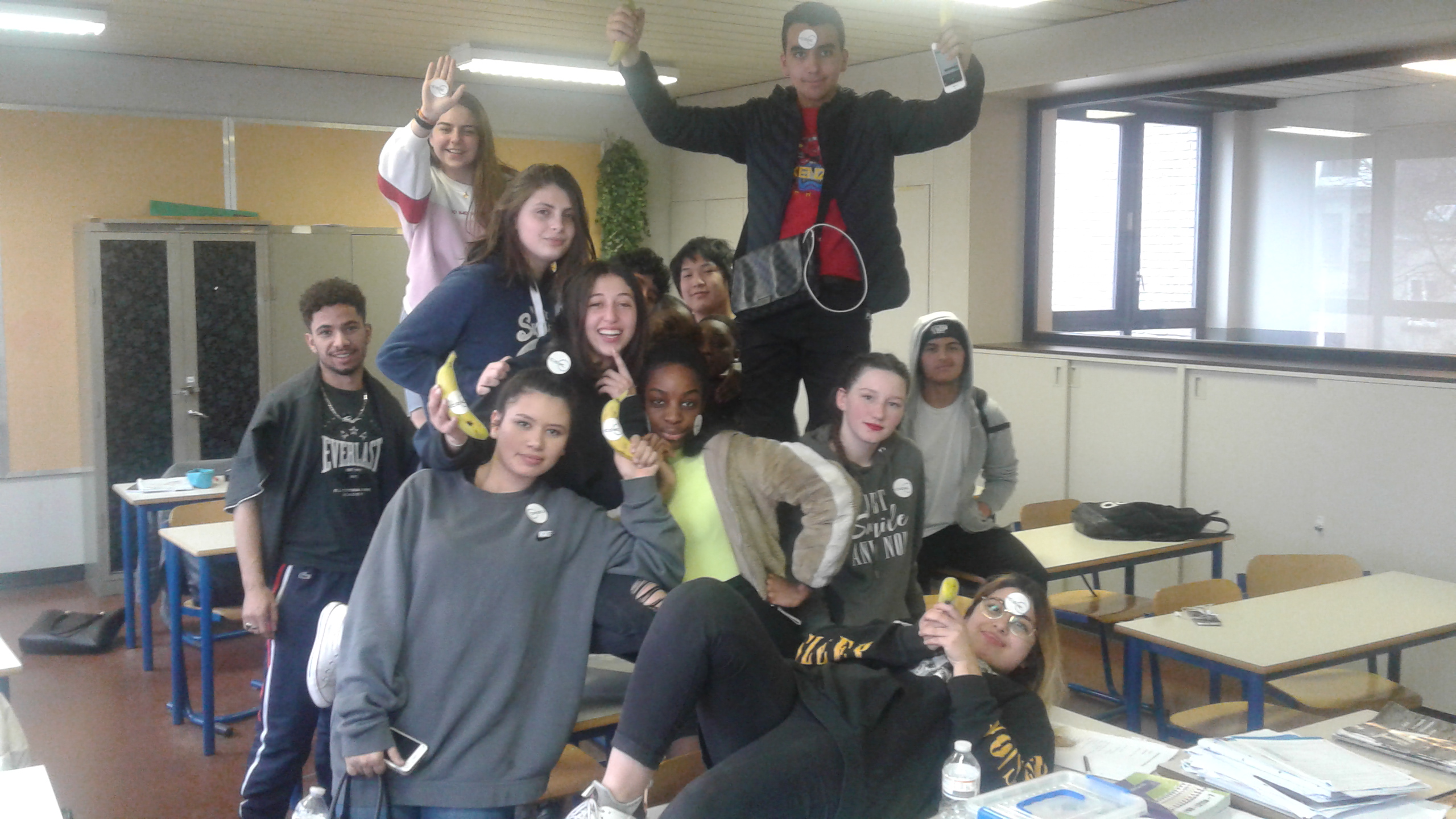 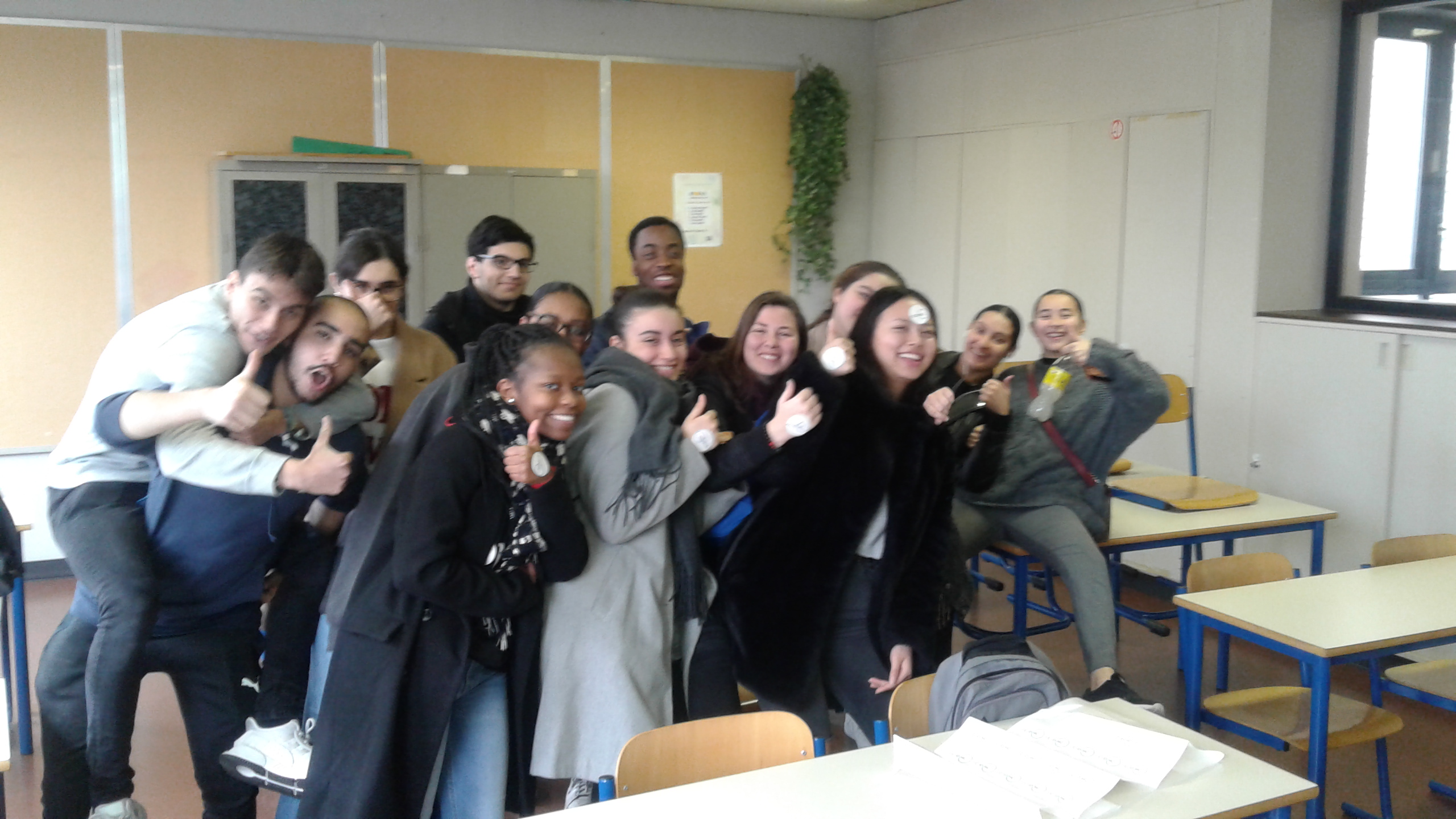