Second workshop for primary schools in Molenbeek and Jette by students from Jette (Brussels,Belgium) 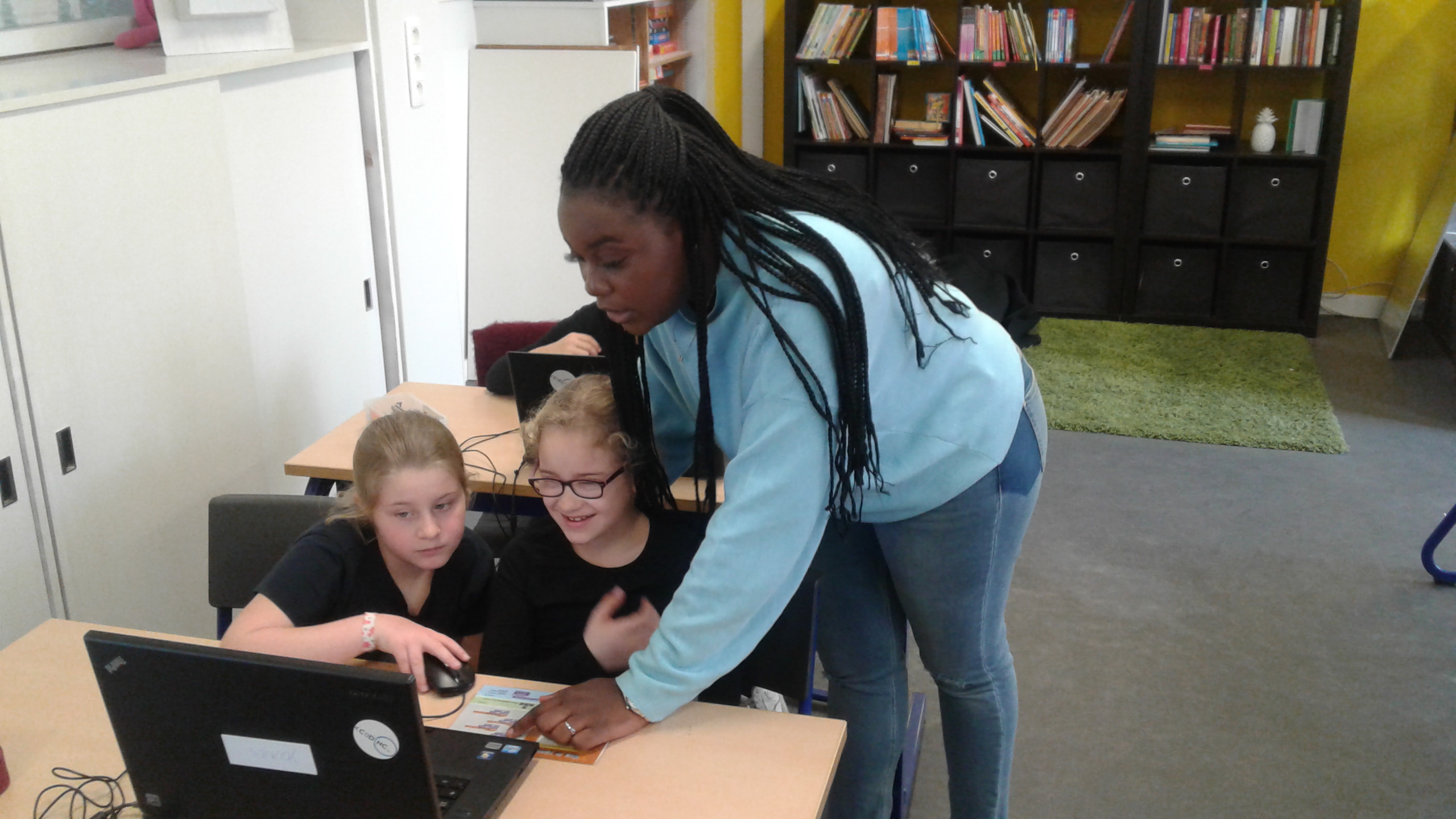 A week after the first workshop they had the second workshop at the primary school. I was amazed with the enthousiasm of the students. On the way from their school to the primary school, they couldn’t stop talking about how they were going to give the workshop, wich energizers they were going to play, how they were going to motivate some pupils who were less strong in coding then the others. I had the feeling my job was allready done. Also the joining teacher of the students didn’t believe her eyes when she saw her students opening up, because she hadn’t seen such motivation and responsability from these students during the last year. 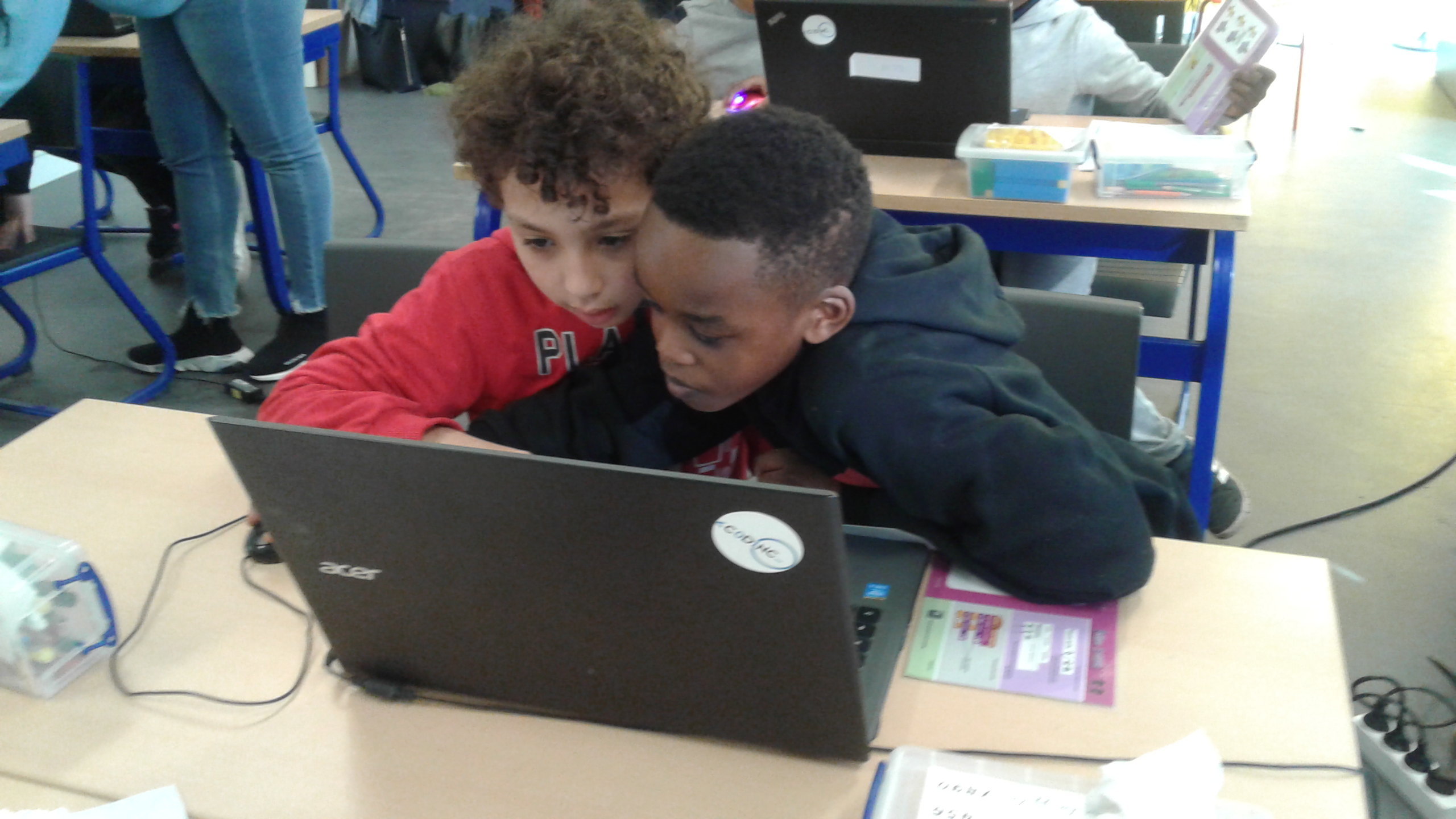 This workshop was all about Scratch. We used the Scratch2.0 offline editor to avoid internet problems. The pupils didn’t know Scratch at all, so it was quite challenging for the students to explain it, but they did a great job. The pupils had to finish the 6 Scrach-cards in pairs with the motivating help of the students. Some of the primary classes had finished just in time to finish the cards. Other classes had some spare time wich they used to create their own background and sprite. 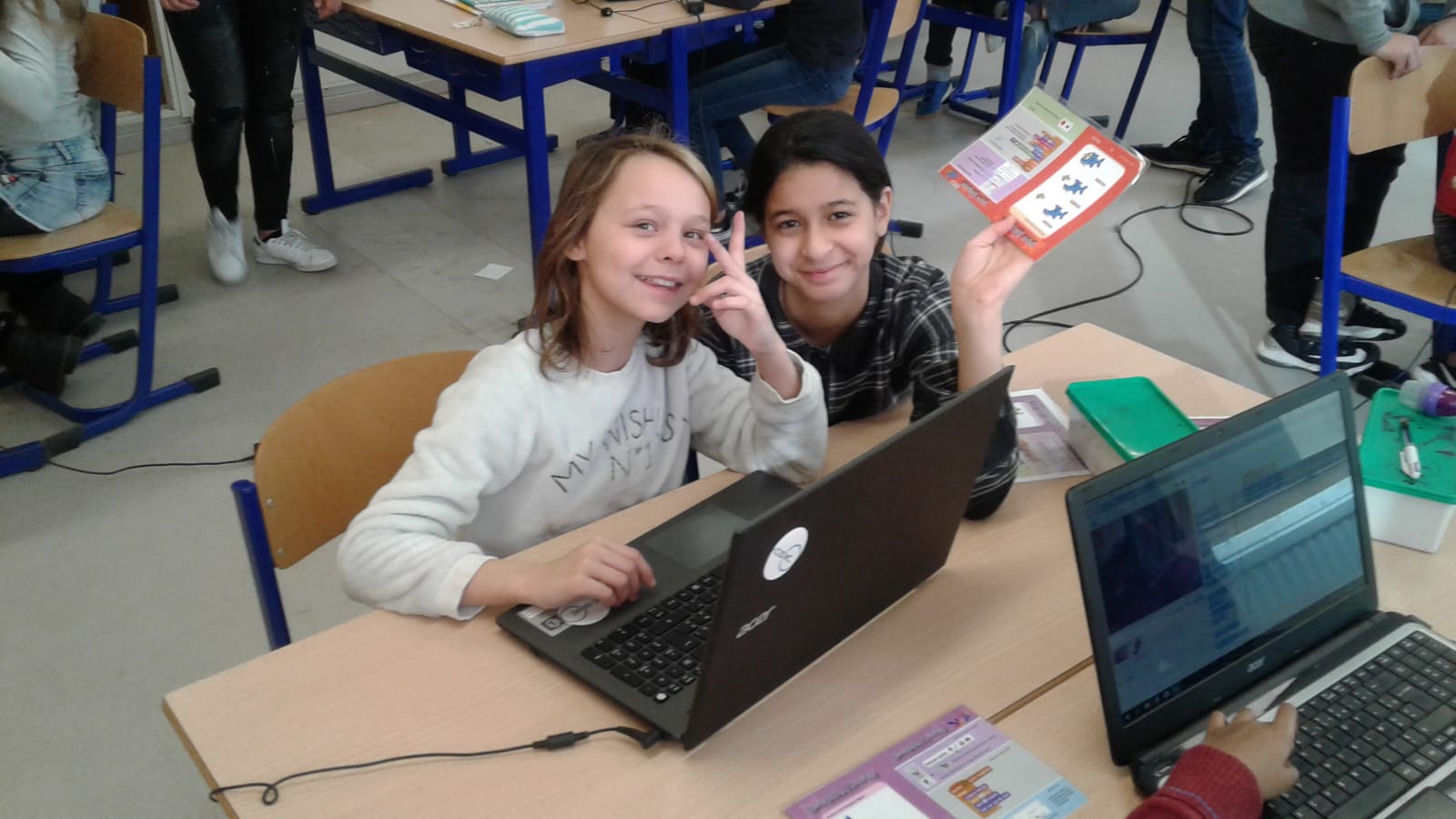 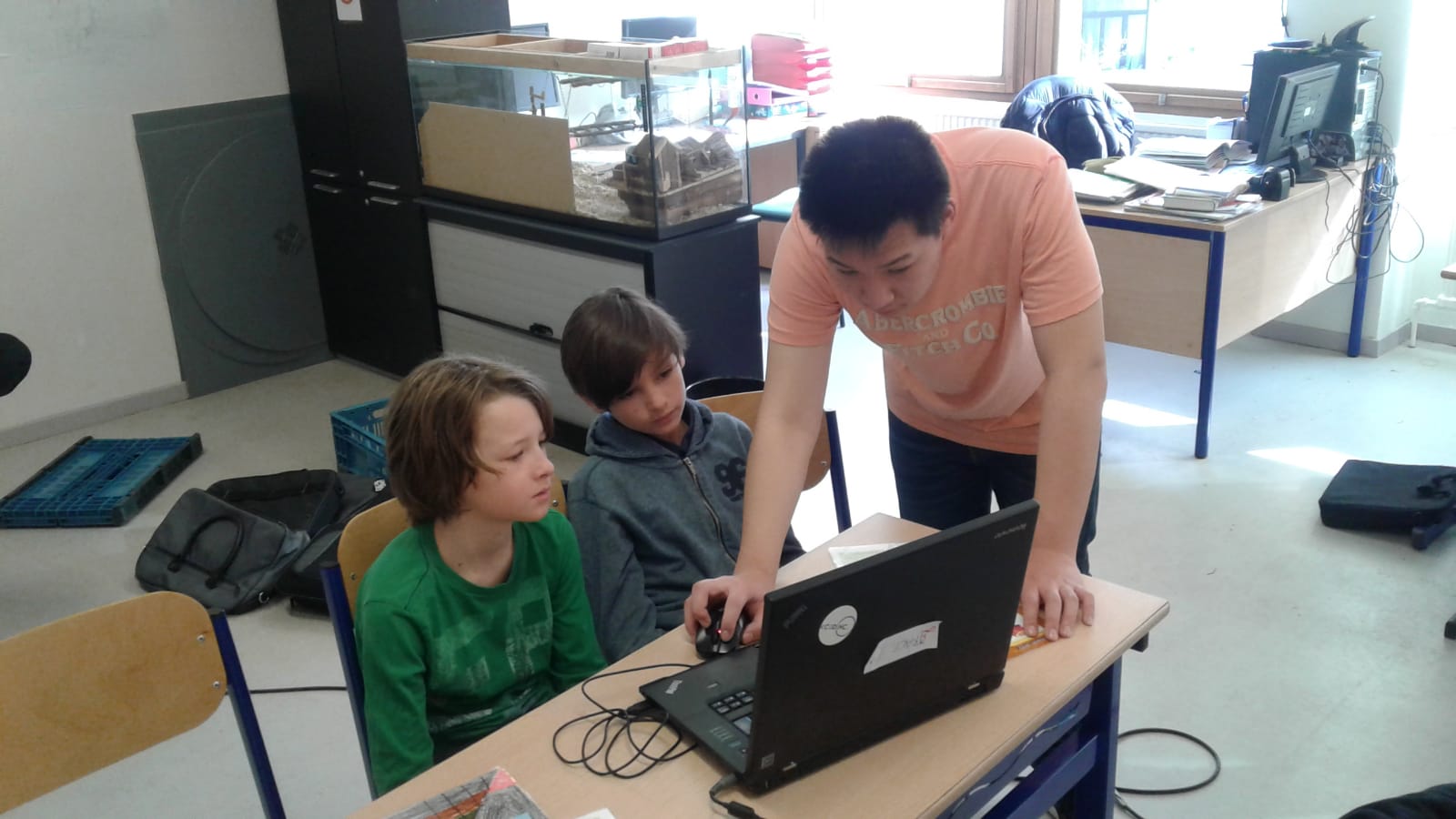 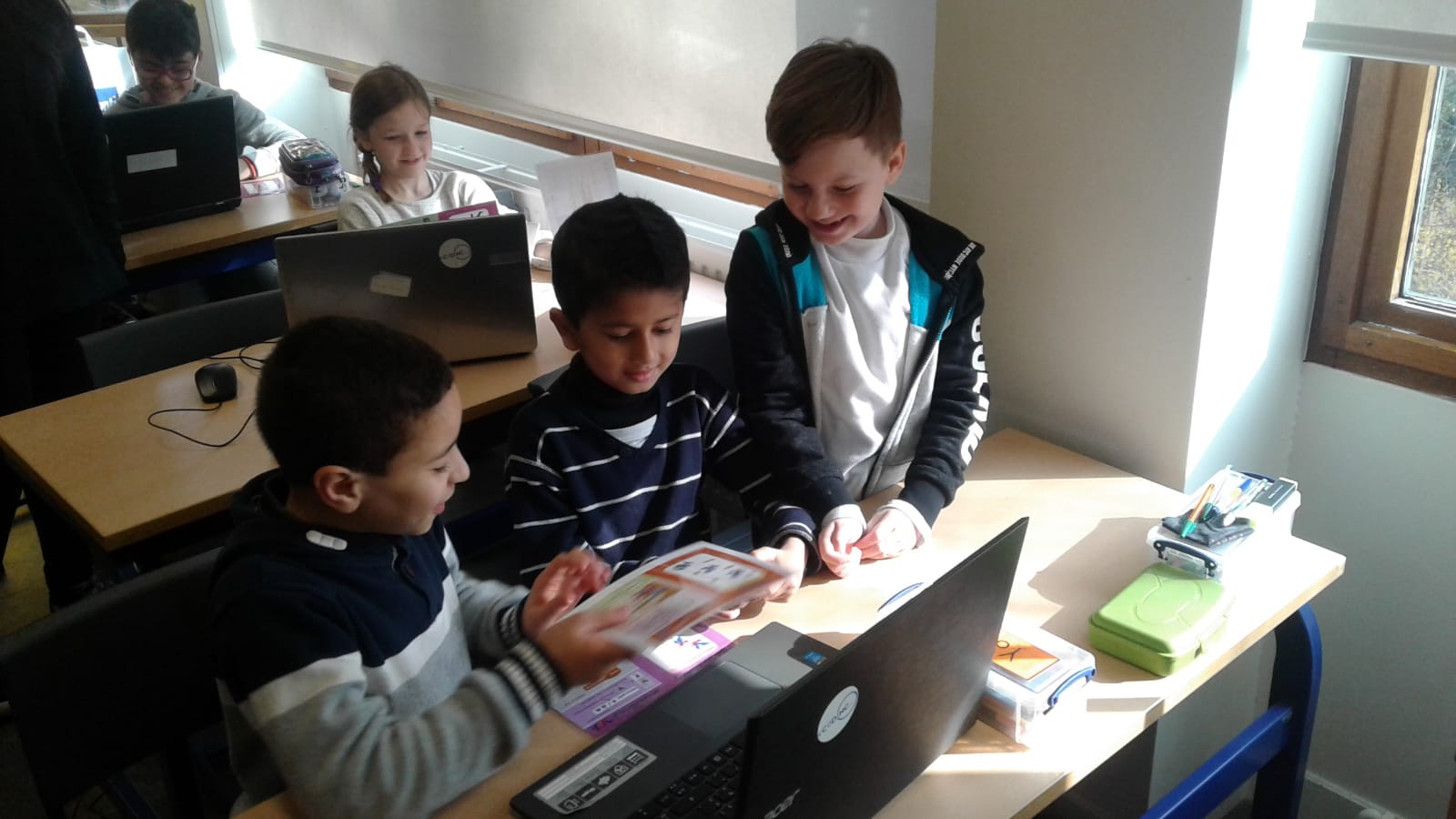 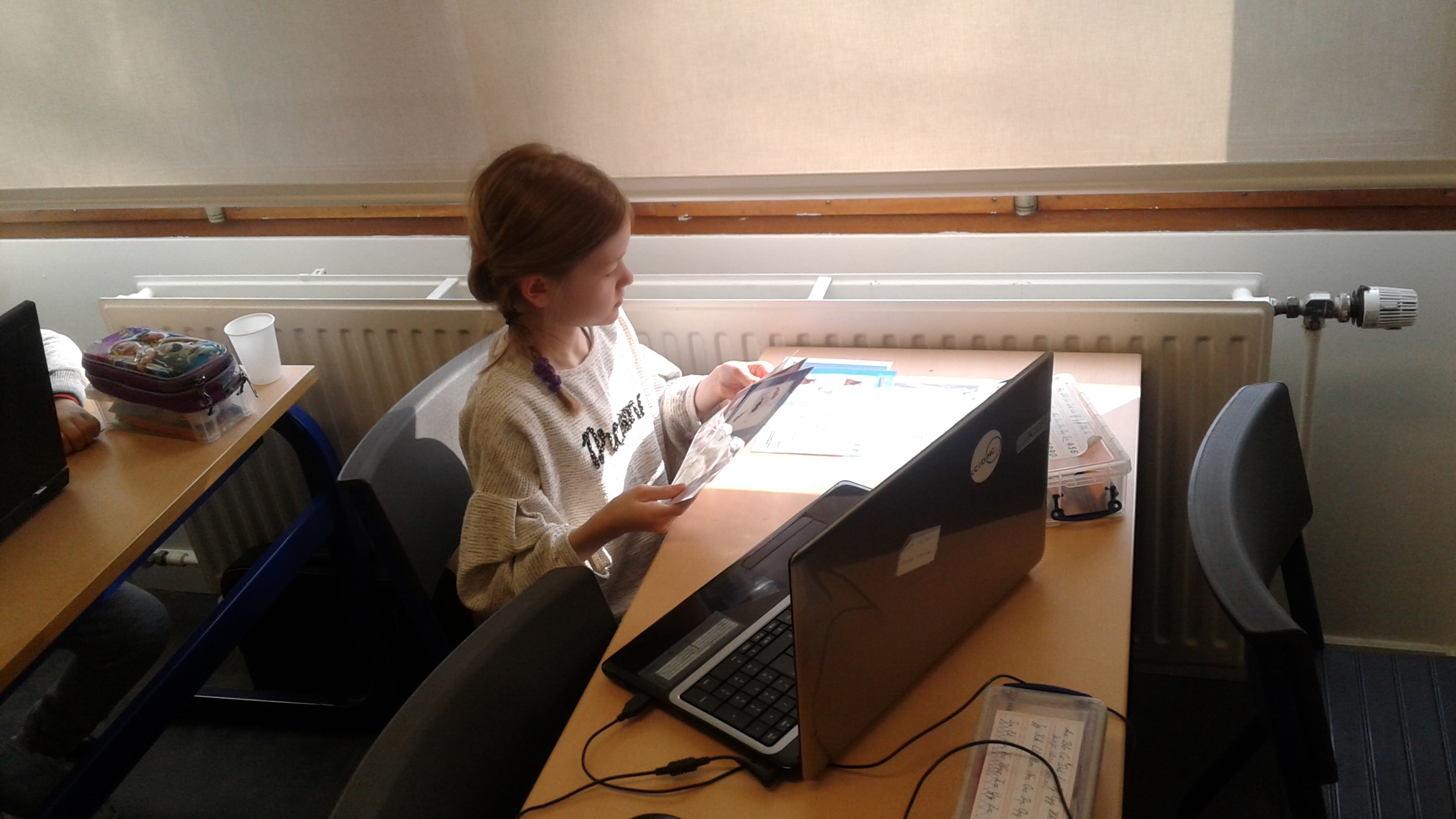