This session was started with a rehearsel about what the students allready learned last sessions, especially about the pedagogical part. Afterwards there was an exercise and the 3 different groups had 10 minutes to prepare there first 5-minutes-teaching to their class. One group had to explain conduct of rules to  the other students who were pretending to be kids of the primary school. The other group had to prepare to explain run marco and the final group had to teach scratch. It was a difficult task and it wasn’t going very smooth at all with some groups, but they learned a lot of it and in this way they were prepared for the big moment where they actually would become teachers for the pupils. 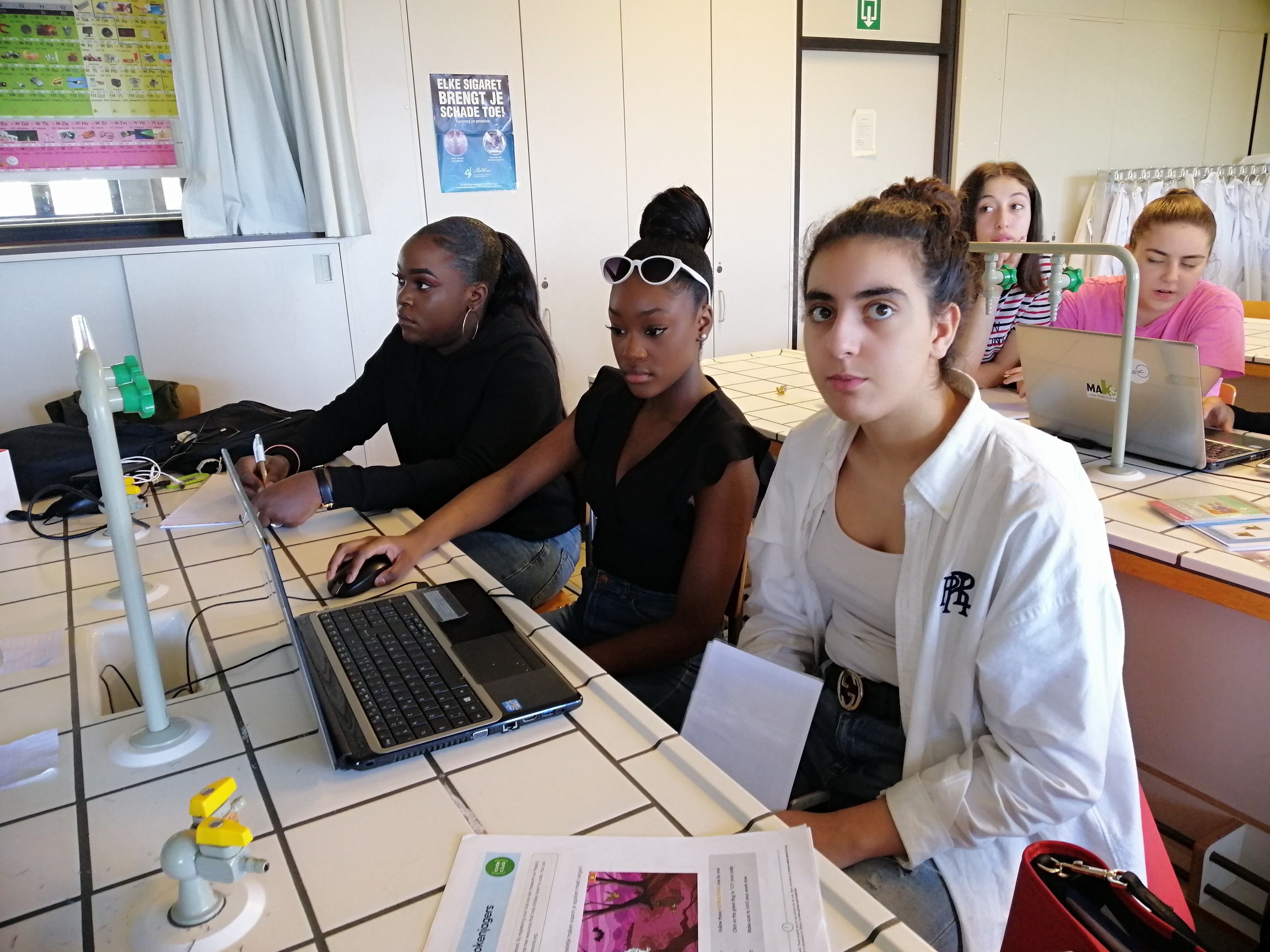 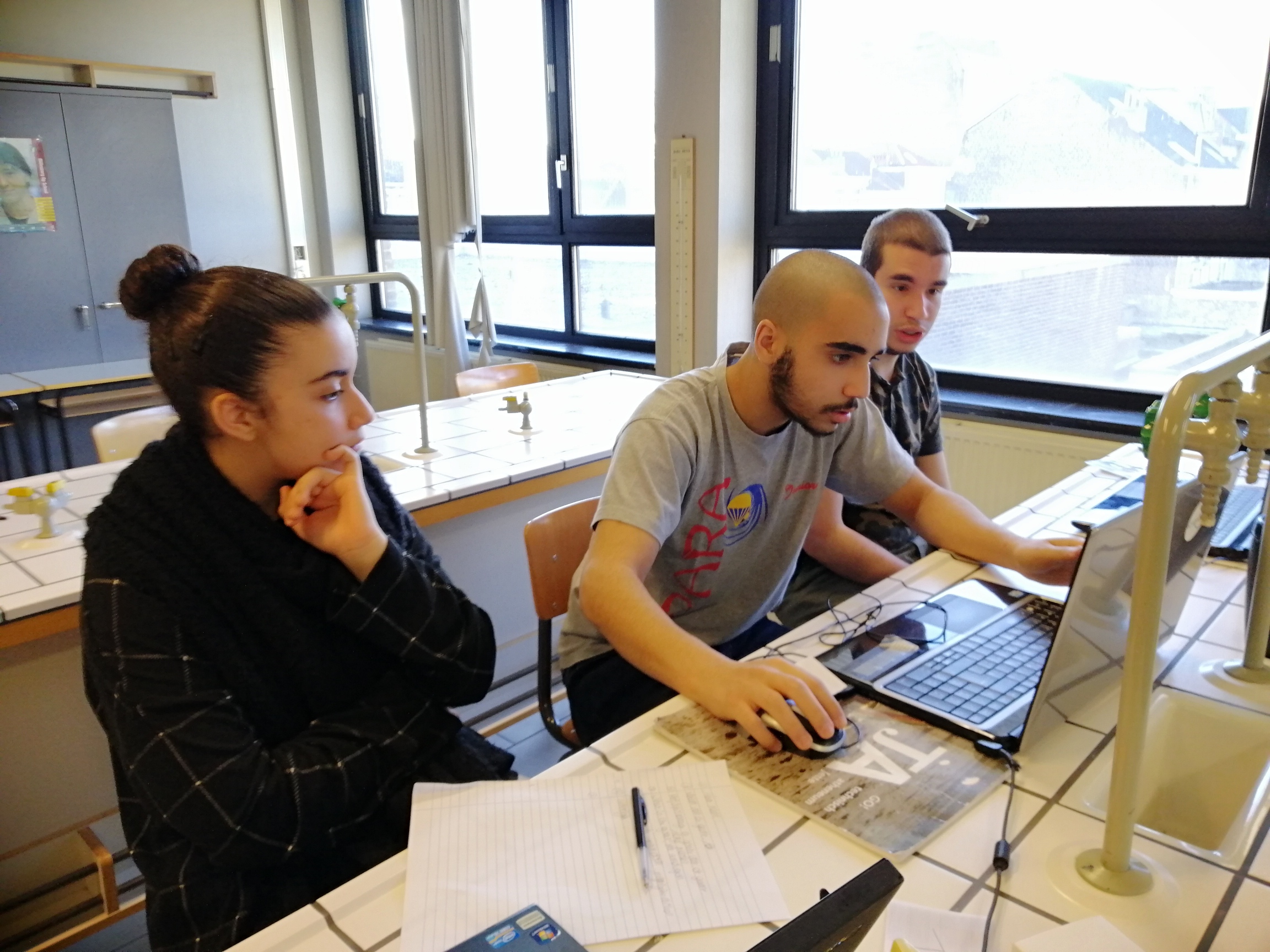 After this exercises the trainers showed a shooter game they made and the students were supposed to make something equivalent. Without giving the solution the students made step by step their own shooter-game with their own background and sprites. 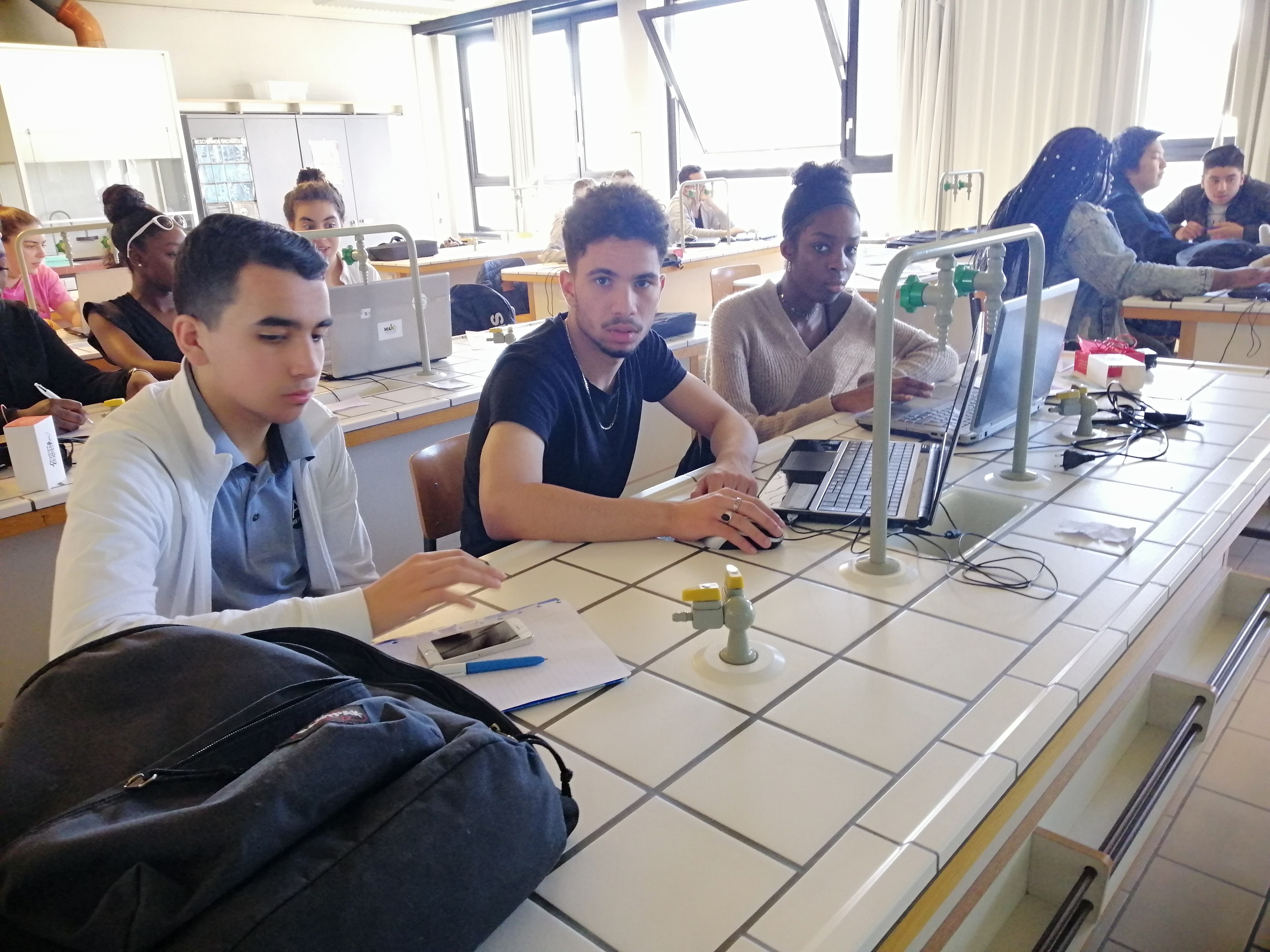 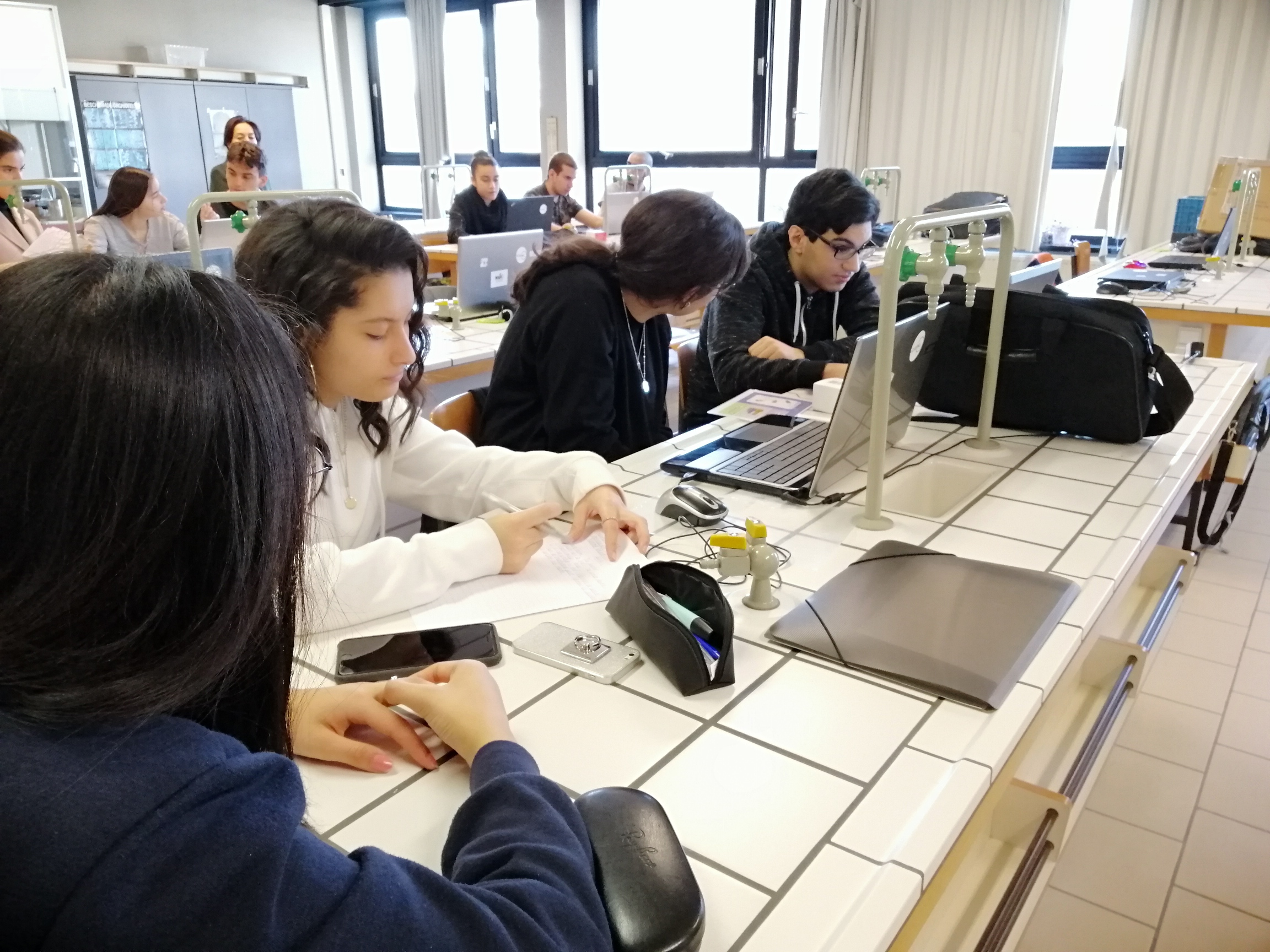 For some students it was very difficult, but the result was worth it, because the students could test it with makey makey and plasticin.  All the students could try each others shooter game. The third session finished with an amazingly enthousiastic success and everybody was ready for the next session. 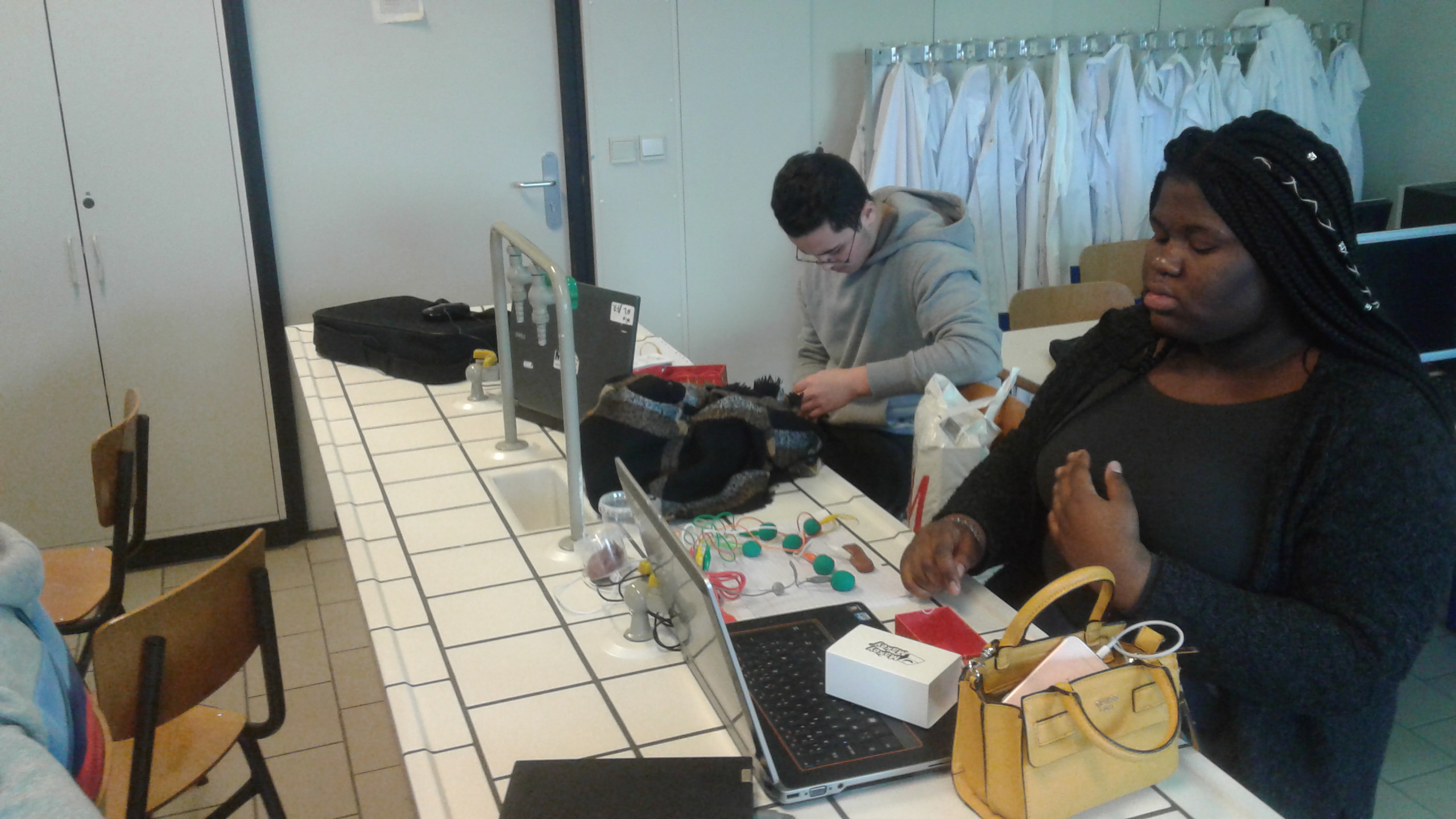 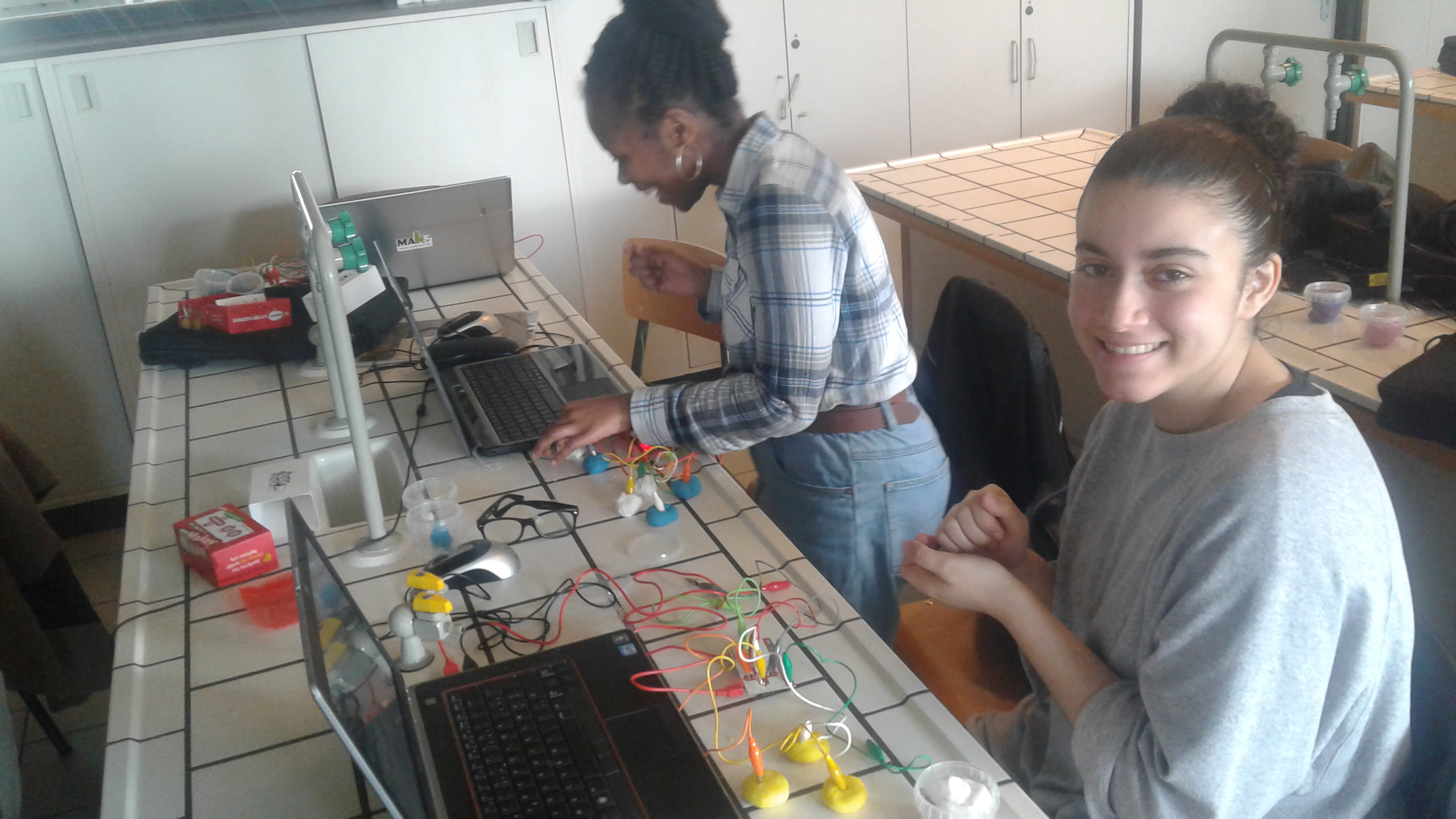 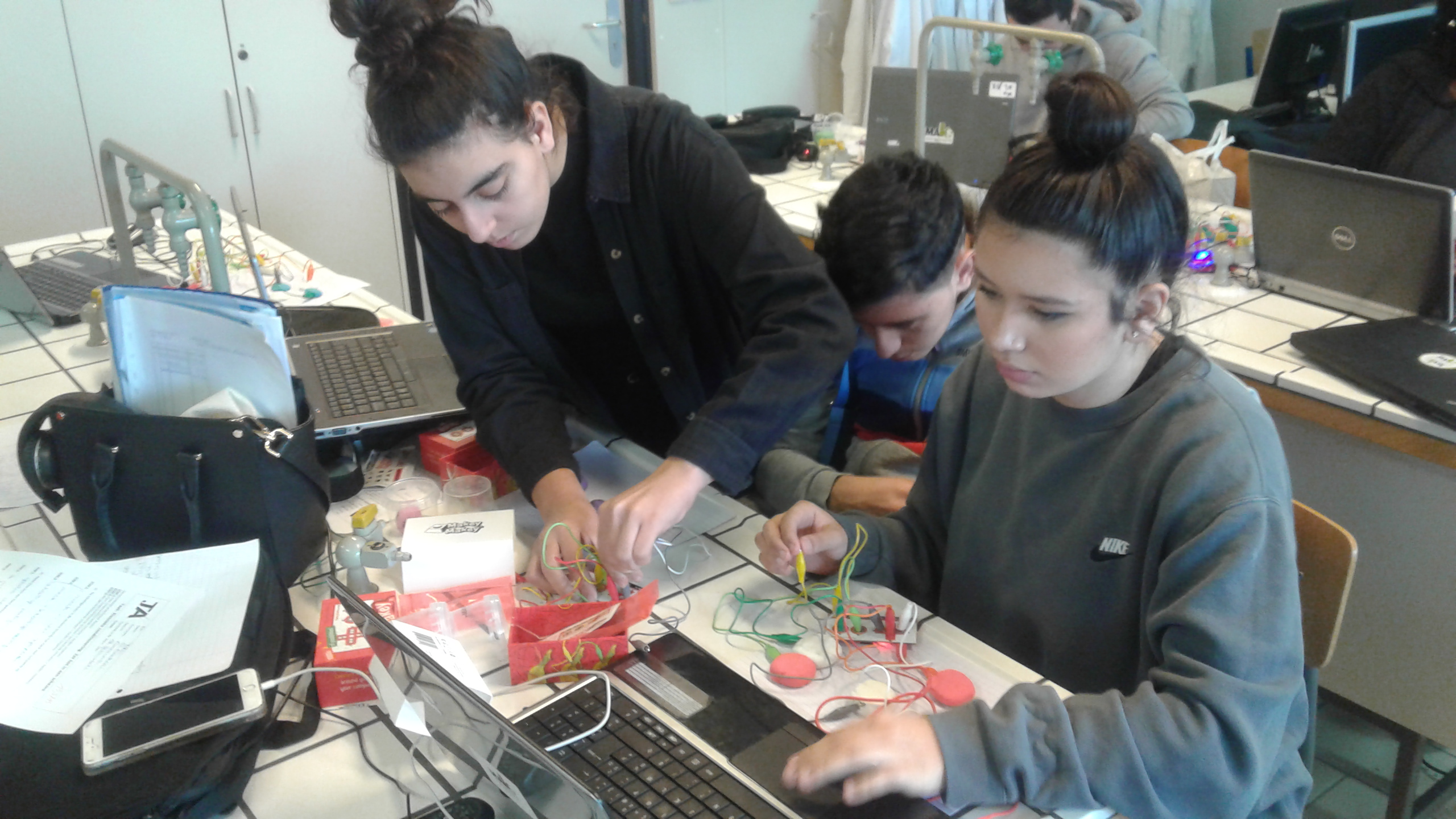 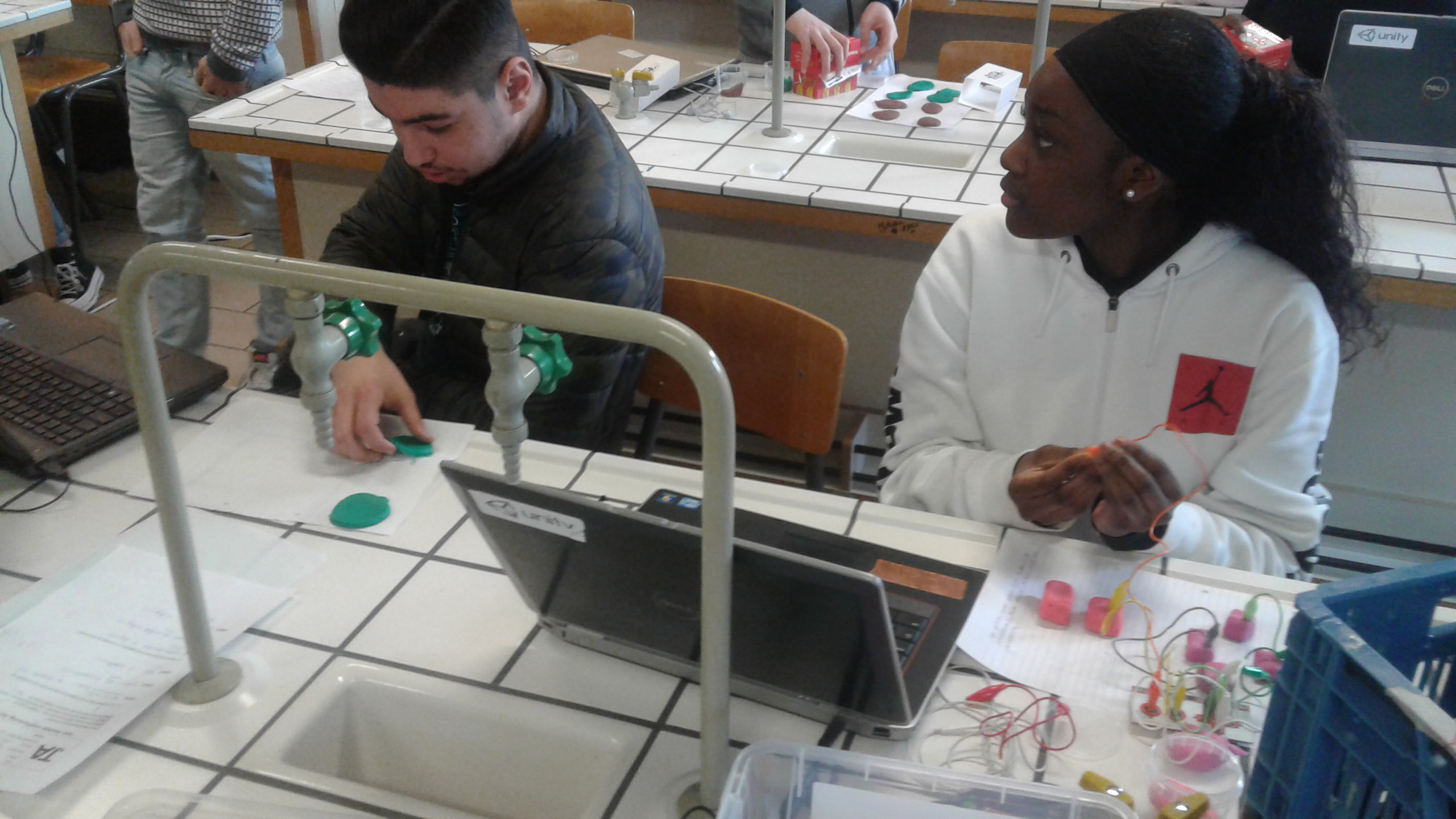